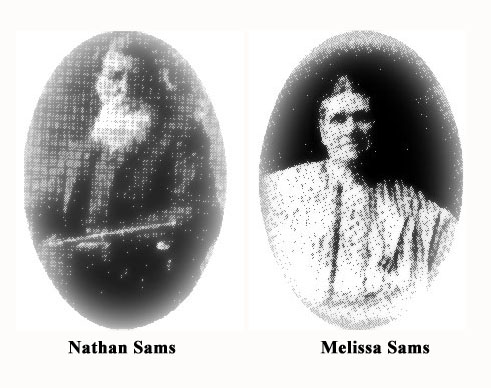 Nathan Sams was born in Richland County, Ohio, on February 10, 1834. At the age of five years he moved with his family to Wayne County, Iowa, near Sheridan. When he was a young man, he cut cord wood and floated it down the Ohio River to sell. In the spring of 1858, he heard of the Gold Rush at Pike’s Peak, Colorado. He and a friend started West with a wagon train. He was an excellent rifle shot, so they hired him to kill the meat for the wagon train.

Enroute to the Oregon country, they saw a huge herd of buffalo in Colorado, numbering possibly 3,000 or 4,000 animals. The wagon train waited two or three days for the herd to pass because they were concerned that the buffaloes would stampede and run over the wagons. About this same time there were four men who wanted to leave the wagon train to go hunting. The scouts warned them of the danger of the Indians, but they decided to go anyway and were never heard from again.

When the wagon train reached Wyoming and antelope country, Grandpa Nathan would hide in a big clump of sagebrush and put a white flag on the end of the stick with which he cleaned his gun (as he said, “His wipin’ stick”) and put it up in the air. When the curious antelope approached, he was able to take fresh meat back to camp that night. 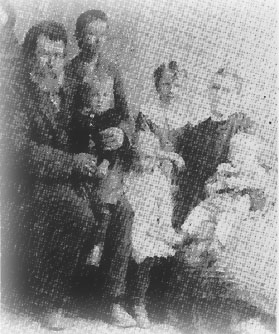 When they camped at Burnt River, they had some strange tasting meat for supper. Grandpa asked them if it was bear, rabbit, elk or deer and they told him, “No, its beaver.”

Grandpa Nathan arrived on Couse Creek in the spring of 1861. He told that during the severe winter of 1861 about 1000 head of cattle died of starvation along Couse Creek. It rained and froze on top of the snow, and the farmers couldn’t get their horses through the snow to feed the cattle. The cattle even chewed the small limbs off the trees along the creek as high as they could reach.

The winter of 1861-1862 he worked for McCoy and Stetson. He cut cord wood for 50 cents a cord. One day he hauled a load of oats to sell to the Fort in Walla Walla. He returned with the news that President Lincoln had been assassinated.

The next spring he started freighting from Umatilla Landing to Idaho City (now Boise), Idaho by ox team. He took barley, oats, and wheat to the mines in Idaho City. After freighting for four years, he bought a herd of cattle which he herded behind Squaw Creek Butte in Ada County, Idaho. After four years he sold the cattle for $16,000 in gold dust. He brought the gold dust in a buckskin bag back with him to Couse Creek, riding horseback from Idaho over the Nez Perce Trail through the Blue Mountains. When he arrived here he bought land on Couse Creek.

When Grandpa Nathan came to Couse Creek, the road up the Creek was just an Indian Trail along the hill. The Indians came up Couse Creek every spring to camp and dig the yellow flowered plant which grows in abundance on the hillsides. Its name is Couse or Kouse and the small root or bulb is edible.

The Indians dug it and mashed or pounded the bulb and made it into cakes. The cakes were then sun-dried and stored as a winter food supply. This is the reason this valley and creek are called Couse Creek.

Grandpa Nathan Sams married Melissa Clementine Williamson Sams in 1876. They lived in a big white house which Nathan had built on the farm. Melissa was the widow of Nathan’s brother, Jacob. Jacob and Melissa had had four sons who died the winter of 1880 -1881. Melissa told her children she remembered hearing Nathan sawing the logs and pounding the nails to build their caskets when she was upstairs in the house, pregnant with her first daughter, Mary Isabelle.

Nathan and Melissa became the parents of these children:

This barn was built on the bank of Couse Creek by Nathan Sams, probably about 1862. He stored hay for his livestock here. –Photo courtesy of Martha and Joan Howard. 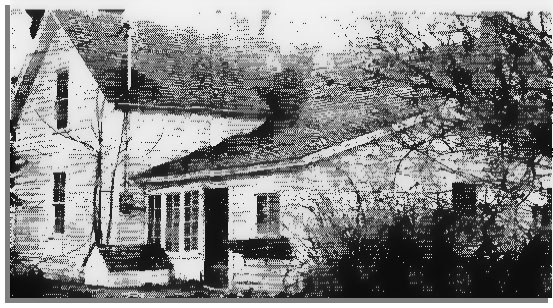 In 1877 Nathan Sam’s father, Peter Sams, bought the adjoining farm from Dan M. Drumheller and Susan E. Drumheller, his wife. Peter and Mary Sams owned this farm from 1877 to 1887. Nathan and Melissa Sams owned this farm from 1887 to 1908. Nathan Sams died July 9, 1909, and Melissa Sams died November 18, 1912. They are buried at the Weston Cemetery with a large black Norway marble stone marking the site.

Jasper and Della Hudson Sams owned the farm from 1908 to 1965. Della taught school and helped pay the taxes on the land, determined to hang on to the home and land during the depression. Della and Jasper’s daugher, Martha, and her husband, Bob Howard moved onto the farm in 1943, bringing a second house onto the property which was rolled from Pine Creek, near Weston, over the farmland and down Harris Hill to the new homesite. Martha and Bob lived there until his death in 1975. Martha remained on the farm until 1978. It became a CENTURY FARM October 30,1977. Bob and Martha’s daughter, Joan, lives on the farm at the turn of the century. 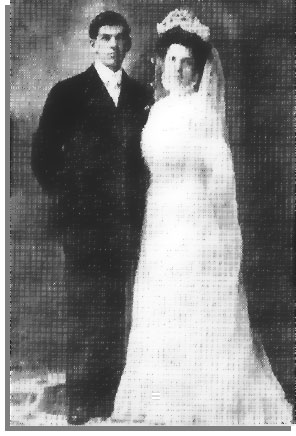 lived was probably built by the Drumhellers. Some years after Bob and Martha had moved their new house onto the property and placed it closer to the road than the older home, an elderly man knocked on the door at Bob and Martha’s house, asking if the property had ever been owned by Drumhellers. Martha and the man chatted and he asked to see the original house.

When the man went with Martha to the older home he seemed at first disoriented. However, when he walked into the hallway between the two bedrooms he looked up to see the colored glass windows in the transom, which he hadn’t been able to see from the outside. The Sams’ had added a sleeping porch onto the house, obscuring the windows.

Mr. Drumheller knew then he was in his childhood home, and told Martha he was sure because he remembered the colored light from those windows shining down on the caskets of his little brothers, who had also died of sickness in winter, and whose bodies were held in the hallway until the ground thawed enough for burial. It was perhaps the same year that the children of Melissa and Jacob died, while their mother was carrying the child of her second husband, and of her dead sons’ uncle.

Thanks to Joan Howard for providing the information on the
Sams Family Century Farm for the Umatilla County Century Farms and Ranches!