The Weston-Elgin highway had its formal start at a meeting held at Tollgate, September 27, 1915, when the Blue Mountain Road association was organized and set to work on the plan to get  a completed and good road. Previous meetings had been held at Weston.

A graveled road was desired-that was before the days of oiled roads.

Three years passed after the Tollgate meeting before a survey was made, and nine years more before much was done.

The survey was made in 1918 and in 1927 Umatilla county graded and graveled a stretch of road out of Weston leading into the mountains for seven miles. In 1930, a stretch of road 5.4 miles in length was finished from McDougall camp to Tollgate, and in 1932 the seven ­mile gap between the end of the Weston road and McDougall camp was completed, making a splendid road from the Walla Walla valley to Tollgate, but leaving many miles of bad and worse road from Tollgate to Elgin.

In 1932 the bureau of public roads let contracts for 10.5 miles of clear.ng  on the Weston-­Elgin route. Then the federal authorities and Union county cooperated in grading out from Elgin. The grading was completed in 1935 and surfacing work started in 1936. It was com­pleted in 1937, except for a 3.22-mile gap near Elgin. It was not until last fall that the con­tract was let for this, the last link.

Road company, later known as the Woodward Road company, and it was built to intersect the old emigrant wagon road from Elgin to Weston at Spout springs. Most of the  Grande Ronde valley farmers hauled their products to Walla Walla in the early days over the toll road down Lincton mountain to the valley near Milton.

Later came the agitation, to do away with tolls on the road and for  improvement of the .route, and this developed into the proposal to have a new route.

Many of those most keenly interested in the road did not live to see the plans work out.

Numerous men played important parts in the effort to get a good road constructed across the Blue mountains to connect the Grande Ronde and Walla Walla valleys. Much prelimin­ary effort in the way of talk and promotion was necessary even before the meeting was held at Tollgate in 1915.

A. F. Alexander of Walla Walla, associated with the Up-to-the-Times magazine, had much to 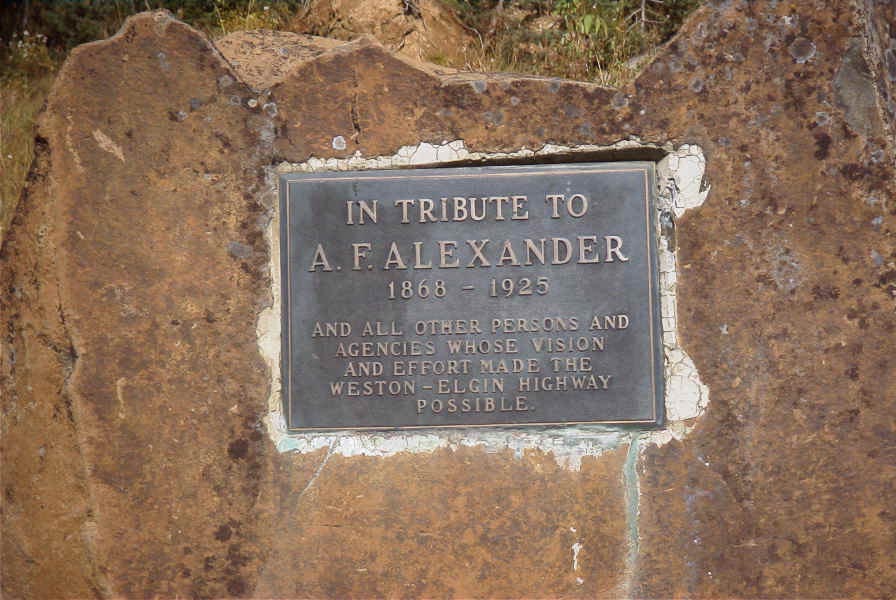 do with it. It was his dream and he never failed to talk about it when out in the field. Weston and Elgin men also were alive to the needs and worked unceasingly for it.

Considerable confusion has arisen among participants in the earliest promotion of the road relative to dates and meetings dealing with the formation of the promoting group. Some remember the original meetings were held in Tollgate, and others remember the association was created at Weston, on dates widely separated. After some research into old files and letters and interviews with many of the original promoters, it develops that there were two associations, which, each in its turn, took an active part. 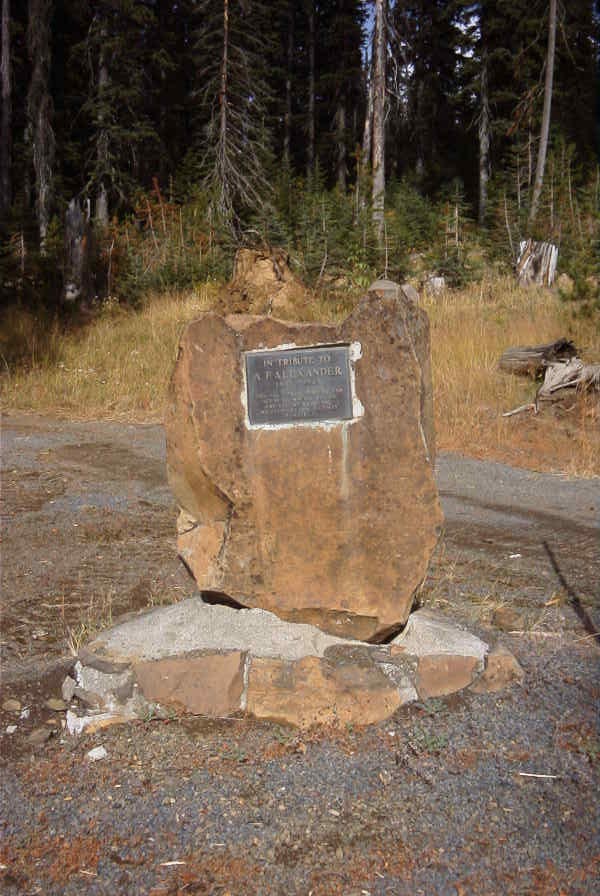 By 1922 the original association had become rather inactive and need of a revived association  was felt to exist. Consequently, a meeting was held in Weston, July 8, 1922, at which were present some 100 leading men from the two states and three counties. Clark Wood of  Weston presided as temporary chairman and Pal Clark of Walla Walla as temporary secretary.

Formation of the Blue Mountain Highway association was a result of the meeting, and the officers elected at that gathering were:

E. M. Smith was the first elected secretary, being cashier of the bank at Weston at the time. When he moved to The Dalles duties of secretary were taken over by C. W. Avery, now dead. Thereafter the papers fell into the hands of S. A. Barnes, Weston, who now has them.

This Program compliments of The Union-Bulletin, Walla Walla